Hi! Dylest here and welcome to my website. Here you will find links to my works such as pixel art gameassets and merchs. 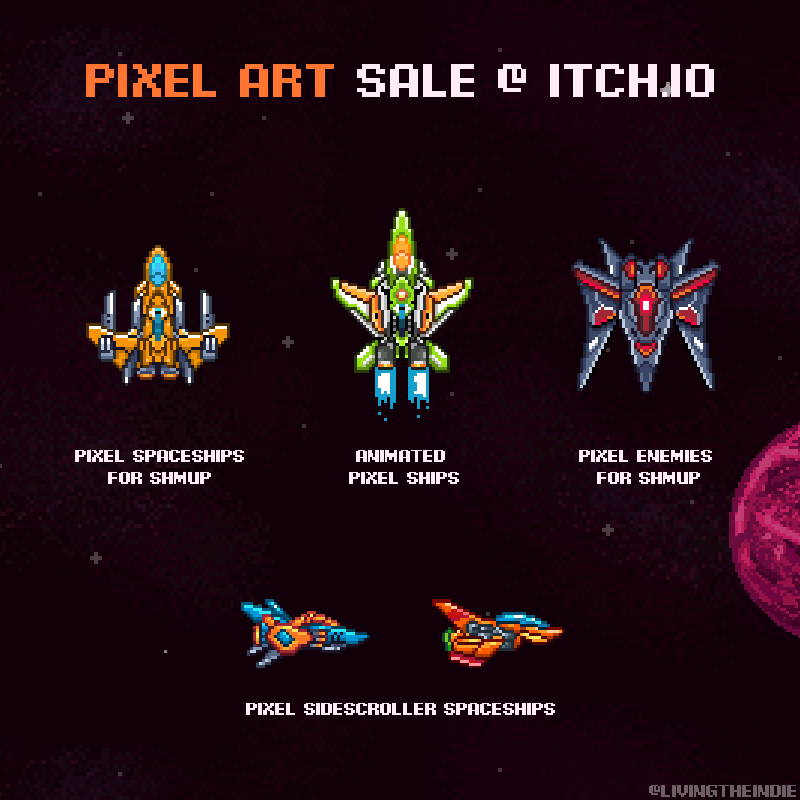 My pixel art game assets on Itch.io is now on sale until the 6th of July 2022 with 40% discount. There’s also a special bundle price where you only pay $13 for 5 (space related) game assets.

Here are all the assets on sale: 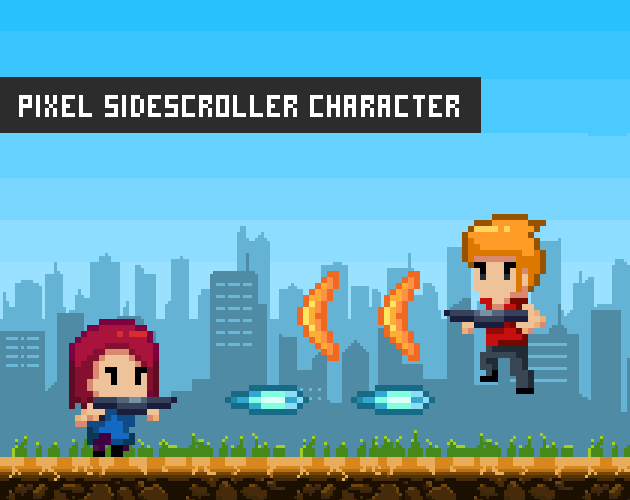 I’ve just released a new game asset called Pixel Sidescroller Character over at Itch.io. It features a female character holding a gun and consists of the following animations / assets:-

Hope you enjoy this new game asset release. If you like it, do give it a rating. It helps me out and helps others to find game assets like these. 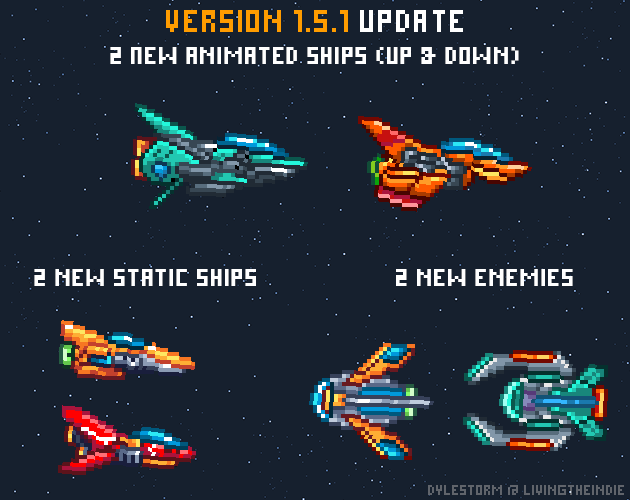 You find this game asset pack over at Itch.io, Unity Store or GameDevMarket 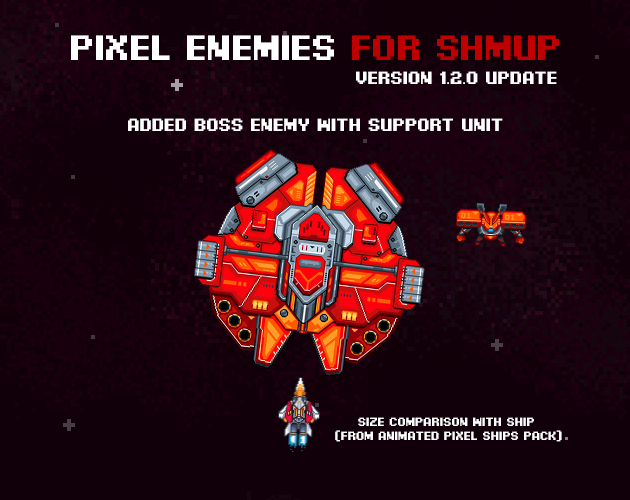 Pixel Enemies for SHMUP game asset has been updated to version 1.2.0. Added a new boss enemy unit (within 240 x 240 pixels) and a supporting unit. 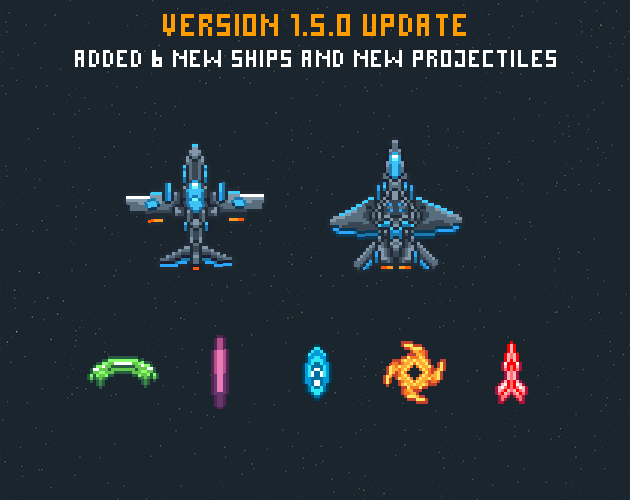 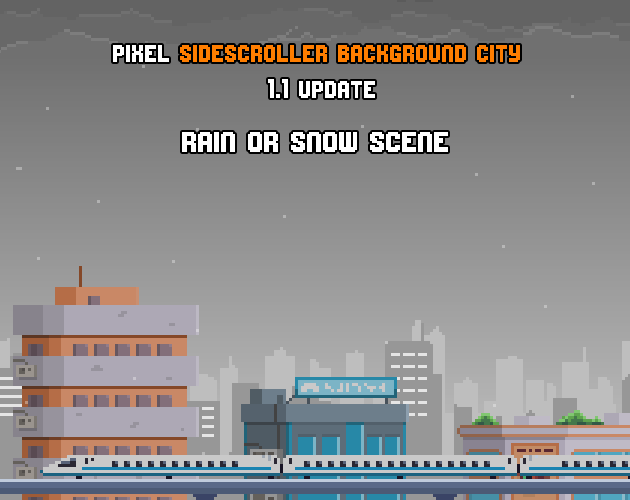 This asset pack has been long overdue for an update and here it is. Version 1.1 includes 4 new buildings and a new scene (Rain / Snow)

You can purchase this asset pack over at my Itch.io page or GameDevMarket. 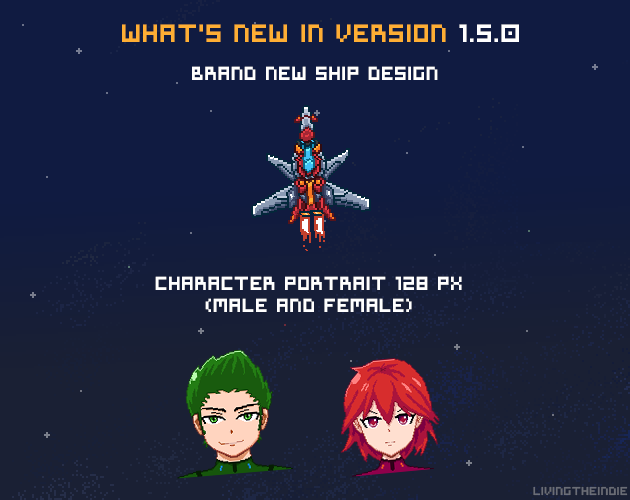 This asset is available over at Itch.io or GameDevMarket

Another quick update in the month of November for my Redbubble shop. Based on my sister’s cat, here are Feed Me Hooman! and Bugger Off.

I personally never had any issues playing the Nintendo Switch for long periods of time (thanks to my relatively small hands). However I do have issues with the analog drift on my Joycons. My launch day Switch was relatively problem free until Super Smash Bros Ultimate came out. Not long after playing the game, my left Joycon started to drift. Thankfully I was able to fix the issue cheaply by ordering some replacement parts on AliExpress.

Considering that I mostly play my Switch in handheld mode, having to replace the analog sticks every so often isn’t a long term solution. I went online to search for a suitable replacement and came across the Hori Split Pad Pro.

When it comes to build quality, I personally feel that Hori products are fantastic and the Split Pad Pro is no exception. The full sized analog sticks are solid and feels great, had no issues pulling off special moves in Street Fighter with the d-pad and the buttons are responsive. The overall design of the product makes it really comfortable to hold, further reducing hand strain when gaming for long hours. You can also assign turbo / auto fire to buttons and there are also 2 extra mappable trigger buttons at the back.

The Hori Split Pad Pro is not without its caveats however. They lack wireless capability (meaning they have to be attached to the Switch in order to work), no gyro sensors and also no rumble. The Split Pad Pro adds a bit of extra weight and the larger size also makes the Switch less portable, in the sense that it will not fit into most ‘made-for-Switch’ pouches.

To sum things up 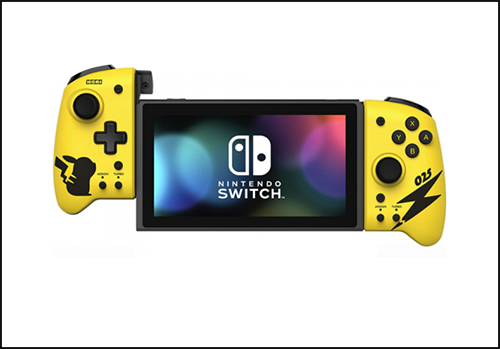 Overall, I love the Hori Split Pad Pro and it has been my daily driver ever since I got it. If you are interested in getting your own Hori Split Pad Pro, Play-Asia has quite a number of selections, including the really awesome Pikachu Cool edition. (Affiliate links)

Added a few new designs over at my Redbubble page. There’s stickers, mugs and of course t-shirts. Hope you will check them out! 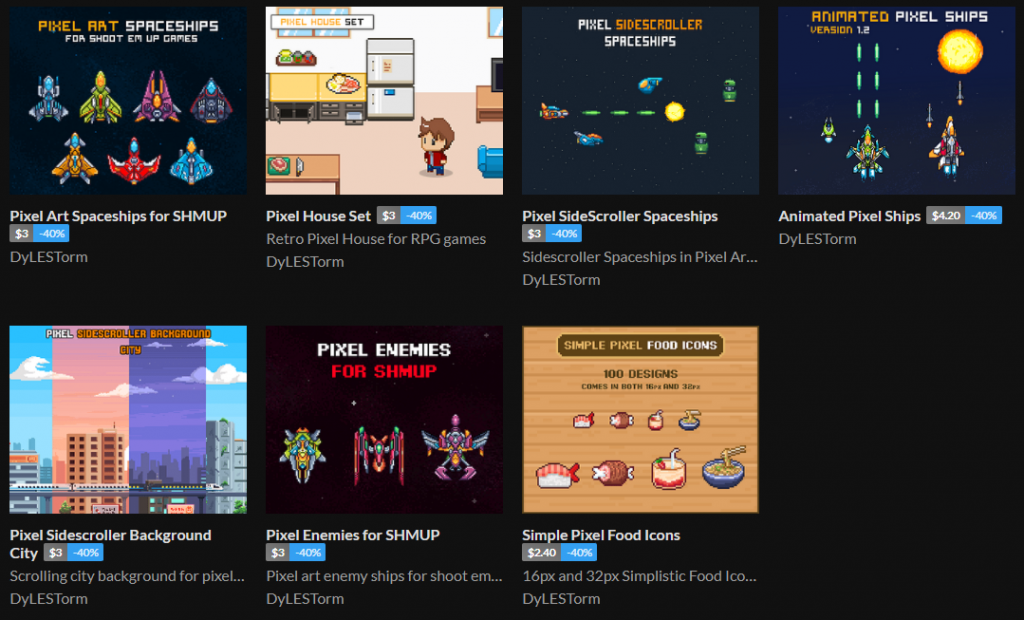 Itch.io is having it’s annual Halloween Sale. All of my pixel art game assets are at 40% off until 2nd November 2021. Do check them out if you are interested. Thanks!